Have you ever thought about the types and species of deer? The family of deer is broadened into different types according to their specific nature, shape, size and way of living. There are some different types of deer that are

In this article, we will discuss these deers, their specific characteristics, shapes, colours and differences from each other.

In summer, whitetail deer look like they have to wear reddish-brown coats, which change into greyish-brown in winter. Whitetail male deer are also called bucks, and their antlers are grown annually and fall off and expire in the winter.

During the rut, bucks or whitetail deer fight each other by their great antlers in sparring matches. Female whitetail deer, known as does that, can give one to three young at a time.

Where are Whitetail deers located?

The Whitetail deer is known as a small member of the deer family present in North America. These deer usually are found from Southern Canada to North America. In summer, they usually present in fields and meadows and in winter, they sustain in forests. They have certain qualities that make them able to tackle environmental circumstances.

Diet and Behaviour of Whitetail deer

White-tailed deer are herbivores; they graze on most available plant foods. Their stomachs have the ability and allow the deer to digest varied or different types of diet, including grass, corn, alfalfa, and even leaves, twigs, fruits, nuts and other fungi.

Blacktail deer is another type of deer family that has distinctive characteristics and qualities. The blacktail deer has a black tail with a white patch underneath.

The breeding of blacktail deer depends upon its own specific natural circumstances. As compared to whitetail deer, the blacktail deer is generally smaller, and it is also smaller than the mule deer. Like white-tailed deer, blacktails also have the ability to change their coat colours. Their coat colour changes from a reddish-brown in summer to a brownish-grey in winter.

Where are blacktail deer found?

Blacktail deer are usually found across the hills of Central California and the mountainous region of Alaska. The Columbian black-tailed deer is known as a sub-species of the mule deer. They are found in forested mountains on the pacific coast. In these areas, the rain falls during the maximum times of the year.

The weight of blacktail deer usually ranges from 130 pounds to 200 pounds. Black male deer have antlers while its female does not. Their antlers create a specific role in their whole shape and body structure.

Coues is one of the members of the deer family. This deer has its own distinctive characteristics, physical appearance, behaviour and nature.

Coues are famous due to their specific antlers. The structure and looking of Coues’ antlers make them a distinctive specie in their deer family. The Coues also have the colour-changing ability. They are generally greyish-brown and have white patches underneath.

The most distinct characteristic of the Coues deer is his long and broad tail. The colour of Coue’s tail is greyish-red black from the top and white underneath.

Where are Coues Deer found?

The Coues deer are generally the kind of whitetail deer. They are commonly found across the South-Eastern mountains of Arizona. They are mainly found in these areas during the rainy summertime. These deer are small in their size, and they usually stay with their mothers for longer than other deer.

Mule deer bucks have certain characteristics that make them distinct from other members of the deer family.

The antlers of mule deer are forked, and their tails seem that they are dipped in black ink. Another specific characteristic of mule deer is that they have a white patch on their hips that makes them different from any other deer in America.

The mule deer quickly adapt to their environment and climate in desert areas because of their greyish-brown coat. The mule deer is one of the deer sought after by hunters.

Where are mule deers found?

The mule deer are usually found in deserted areas around north and south America. Due to their climate-friendly nature, they can adopt different environmental conditions. Their greyish-brown coats make them adaptive in nature to endure different atmospheric and climate situations and conditions.

The red deer is known as one of the largest deer species and has its own prominent characteristics. The male red deer in the deer family is called hart, and its female is known as hind.

The antlers of red deer increase and enlarge according to their ages. The antlers of red deer contribute to his looking and heavy body appearance. These large mammals have weight ranges from 90 kg to 190 kg. The size, weight and body shape of the deer also depend upon the habitat, environment and other circumstances that can affect the life of red deer.

WHERE ARE RED DEER FOUND?

The red deer is present mostly in European areas and countries. Red deer are also found in Anatolia, Iran, and parts of western Asia.

It also inhabits the Atlas Mountains in Morocco and Tunisia. It is the only species of deer to inhabit Africa.

Red deer have been introduced to other areas and countries, such as the United States, Canada, Australia, New Zealand,  Peru and Uruguay. In many parts of the world, the meat from red deer is used as a food source.

The chital deer, also known as the axis deer, has unique physical and behavioral characteristics that make him a different deer in his family.

There are white spots on the body of chital deer that never go away. These white dots or spots on his body present from his youth to adulthood. These dots cover the whole body of the deer, including his legs.

The chital deer also has a large muzzle and a dark black nose. The weight of the chital deer is normally starting from 60 pounds, and its weight also depends upon the region in which it exists and the habitat of the deer.

The axis deer also has unique antlers, which generally have six points. This deer is more social than any other deer in the deer family.

Where are chital deer found?

These axis deer are found mostly in areas where there is plenty of food. The specific shape and body structure of chital deer help them to walk on rugged terrain.

The ELK is also known as the wapiti, which is called one of the largest species in the deer family. ELK feeds on grasses, plants, barks, and leaves. ELK also has unique qualities that make this deer distinguish it from other deer.

Due to the copper brown coat, ELK can be found and spotted from a distance. The ELK has a short light brown tail and rump patch; due to this, they can be noticed and seen easily.

The ELK can eat and digest different foods, including all kinds of plants, especially grass, fir, juniper, aspen, chokeberry, forbs, and shrubs. They also love to eat twigs.

Where are ELK found?

The ELK is found mostly in the Western United States and Southern Canada. In 1900, most of the deer were killed by United States settlers. But today, many ELK can be seen in many areas and countries today. The height of the ELK is 9 feet, and they can easily adjust themselves to the circumstances of their surroundings.

Reindeer Is a beautiful deer in all deer families. It is also known as caribou in North America. You can easily notice the Reindeer anywhere by his unique antlers. It is mostly found in grazing in different areas.

Reindeer’s distinguishing characteristics, such as broad hooves, wide muzzle, and extra-thick brown fur, make them unique and different from other deer families.

Reindeer spend most of their time grazing. In the months of winter, Reindeer can be seen grazing on moss, leaves and lichens.

They have beautiful and unique-structured antlers that can be noticed when anyone can see the Reindeer anywhere. Male Reindeer usually have long antlers.

Where are Reindeer found?

Reindeer are found across different forests, mountains, and arctic tundra in countries like Canada, Alaska, Scandinavia, and China.

The Reindeer have been living in the wild for about more than ten years.

In this article, we discussed the different types of deer, their physical characteristics and the places and countries where they can be found mostly. This article will hopefully help you get beneficial knowledge about members of the deer family.

HORIZONTAL AND VERTICAL PIN BOW SIGHT As a hunter, your ultimate goal would be to hunt your target without any trouble and obscuration and see your target destination in a clear manner. In this regard, you might be thinking that which pin bow sight you should choose vertical pin bow sight vs horizontal? These two-pin… 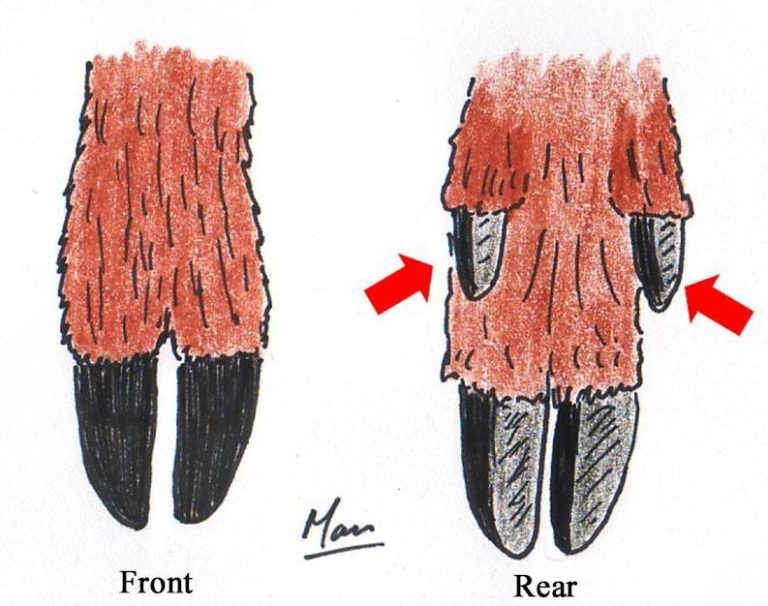 Deer are interesting creatures and their hooves are no exception. Hooves are used for various tasks, from walking on all fours to climbing trees and even running on the ground. All of these activities require different hoof shapes and sizes, and deer use their hooves to adapt to their environment. In this article, we’ll take… 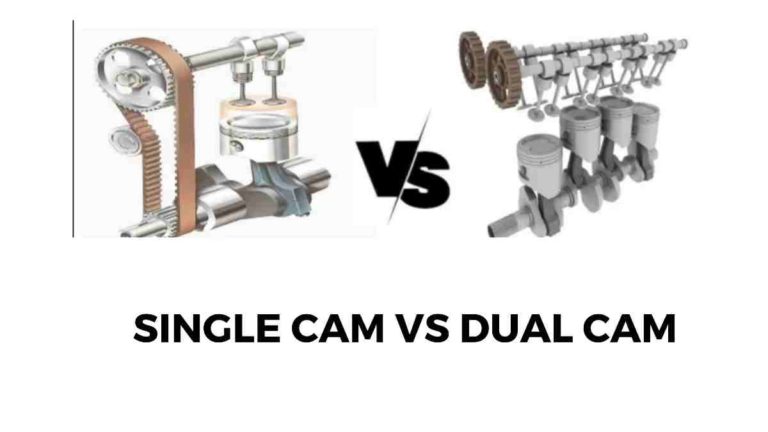 If you’re in the market for a new bow, you might be wondering which type of compound bow is best for you , single cam vs dual cam?. You’ve probably heard of single and dual cam bows, and you may be wondering which one is better. Here’s a quick overview of each type of bow… 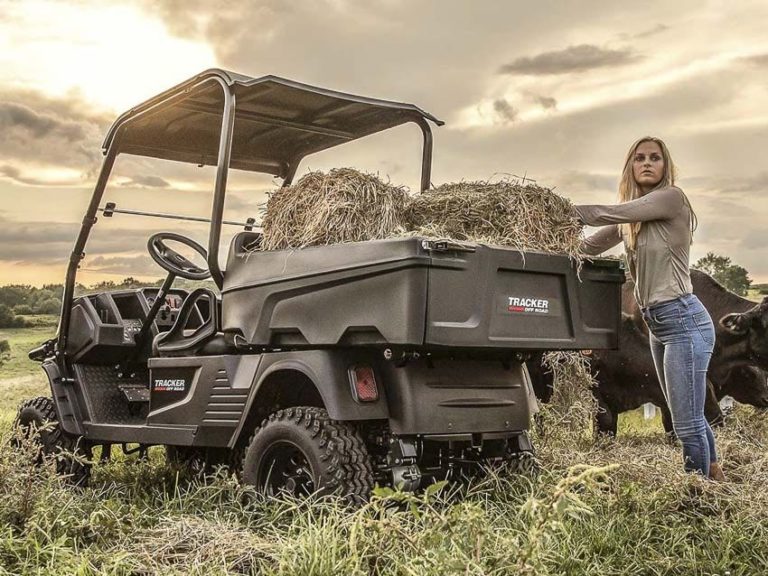 If you’re working on a little farm or a great big farm, a construction site, a city park, or maybe you’re a homeowner with some farm-size chores to do, then check out our tracker OX400 review. It’s a hard-working utility vehicle with quality features and all at a price you might not believe.   Today we’re…